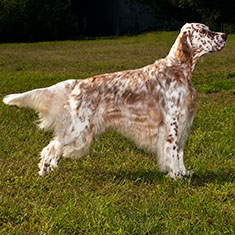 The slim and beautiful English Setter was originally bred for its hunting ability and not its beauty. The English Setter's coat lies straight and smooth over its back, fringing along its underside and the back of its legs. 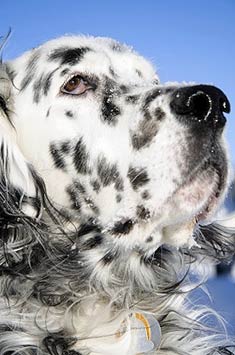 The English Setter's coat requires regular brushing in order to maintain its silky sheen. This breed is an average shedder and should be checked for burrs and tangles that can embed themselves in their fur.

Female English Setters are prone to false pregnancies. This breed is prone to hip dysplasia and should also not be overfed because they gain weight easily.

English Setters have a life expectancy of 10-12 years.

English Setters require lots of exercise to match their stamina and active personalities. They are inactive indoors and require a yard to play in. English setters require daily exercise to be happy and healthy.

The English Setter is in the Sporting Group.