THe “C” breeds represented at the AKC Meet the Breeds event yesterday.

END_OF_DOCUMENT_TOKEN_TO_BE_REPLACED

Brought to you by the letter B: END_OF_DOCUMENT_TOKEN_TO_BE_REPLACED

I spent a few hours wandering through the Meet the Breeds event at the 2016 AKC National Championships in Orlando, Florida. I’m trying to decide how to present the pictures. I thought about doing it by breed group, but thought maybe it made more sense to go alphabetically. So, here is the “A” group. 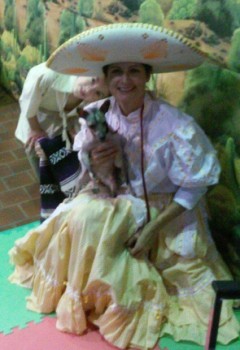 The second part of the AKC / Westminster Meet and Compete event is Meet the Breeds. For this event, 150 different breeds will each have a booth set up to help you learn more about their favorite type of dog. For some of the rarer breeds, this may be the only opportunity you will have to see one in your lifetime.
END_OF_DOCUMENT_TOKEN_TO_BE_REPLACED

This event was interesting but a total mob! If you’ve ever been to a really crowded trade show, you’ll be able to imagine how this went. Each breed club had a booth, and one or more dogs available to meet and greet the public. As you’ll see by the pictures, it was very hands-on. I tried to crop out faces, just in case anyone’s in the CIA, but you’ll see lots of hands reaching in to touch the dogs. And some of them are pretty blurry because the crowd was jostling me as I shot. For some reason, that happened the most with the new breeds that aren’t even being shown yet – they’re still in the Foundation Stock Service, meaning that they need to build up their numbers before full acceptance as an AKC breed. Being in the FSS, however, allows them to keep records similar to a pedigree so a dog can prove its purebred status.
END_OF_DOCUMENT_TOKEN_TO_BE_REPLACED