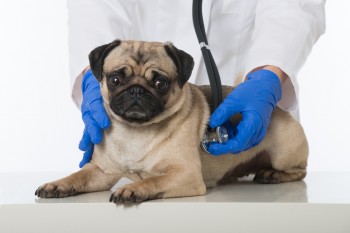 It appears that the outbreak of canine flu recently seen in Chicago has now been confirmed in Wisconsin, Ohio, and Indiana, as well. Six dogs have been confirmed dead from the virus, while thousands have been sickened.

Live Science reports that it is unknown if a flu vaccine designed to prevent the old strain (H3N8) will be protective against the new strain (H3N2) which likely came to the United States aboard an infected dog from China or Korea. There is no evidence that the dog flu can make you or your kids sick.

If your dog becomes infected, here’s what to expect. After an incubation period lasting 1 – 3 days, your dog will begin to develop symptoms similar to what you get with the flu: cough, fever, runny nose, etc. The symptoms will last 5 – 7 days, but the dog can be contagious for as many as 14 days. The cough can stick around for several weeks, even once the dog feels better.

The best advice is to stay away from areas where dogs congregate such as daycare centers, boarding facilities, and parks. The virus is spread by nose-to-nose contact.