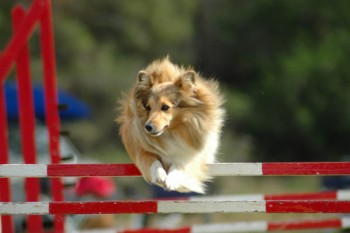 If you missed the big show last night, the AKC has issued a press release publishing the results:

The top Agility dogs in the nation were crowned from an overall combined entry of more than 1,100 dogs this past weekend at the AKC National Agility Championship. Competitions were held March 26-28, 2021 at the Built Ford Tough Livestock Complex and Central Park Hall at Expo Square in Tulsa, Oklahoma. “After the cancellation of last year’s championship, it was even more exciting to see all the competitors come out this year and show off their honed skills,” said Doug Ljungren, AKC Executive Vice President of Sports and Events.

“These canine athletes are the best of the best in the sport, and we’re proud to celebrate them and their talented handlers.”

The Preferred Finals can be viewed any time, on-demand, on AKC.tv. The Regular Finals will also have encore broadcasts across the ESPN networks. Check your local listings for updates.

Congratulations to all who competed!