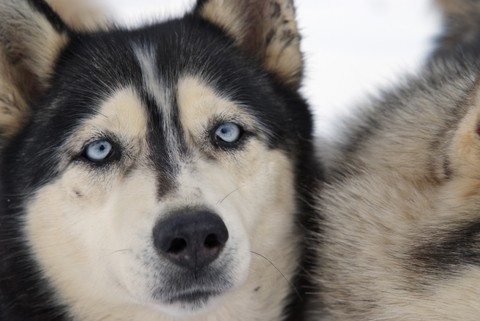 It’s -8 degrees and fair in Alaska this morning, and the top three racers have left the Finger Lake checkpoint within the past hour.  Leader Lance Mackey, followed Jim Lanier and Aliy Zirkle are heading for Rainy Pass.

Rounding out the top five, Nicolas Petit and Ray Redington, Jr. have checked in at Finger Lake, but haven’t set out again yet.

Bringing up the rear, Travis Cooper, Kristy Berington, Rick Swenson, and Kirk Barnum left Yentna Station last night, but haven’t yet made it to Skwentna. No mushers have dropped out of the race and all but three still have all 16 dogs with them.  Kelly Griffin and Dan Seavey started with (and still have) 14 dogs.  Jan Steves, according to the Iditarod site, started with 16 dogs, but dropped two somewhere between Willow and Yentna.  According to her website, she usually takes only 14 dogs.  I’ll try to find out what happened.

I will be posting the standings each morning throughout the race, or you can check out the official Iditarod site for more frequent updates.