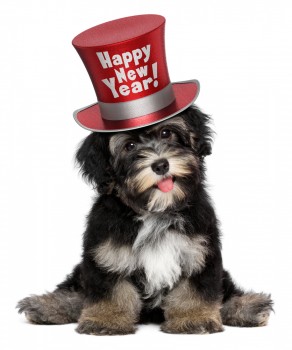 I always wonder which blog posts will be the most popular with people. Our stats tell the story of which stories, written in 2013, you looked at the most over this past year. As always, dog shows were king, but I’m pleased to see my newest dog, Daisey Mae, made the list!

8. Tuesday Top Ten: Dog Rules for Humans, written 1/8/13, tells you what your dog expects including the ever popular, “If it lands on the floor, it’s MINE!”

5. 2013 National Dog Show Results: Working Group, written 11/28/13, takes us back to that crazy dog show, where the Standard Schnauzer was named best in this hard-working group.

4. Tuesday Top Ten: Favorites to Watch at 2013 Westminster Dog Show, written 1/2/13, gave us a preview of the grandaddy of all dog shows, held each winter at Madison Square Gardens. (The 2014 show is in early March – watch this space for all of the details!)

3. Mysterious Dog Virus in Ohio, written 9/10/13, was a scary article about an unknown virus that had killed at least four dogs in my home state.

2. Take a Chance on Me, written 1/2/13, featured a wonderfully-done video from the Wake County (Raleigh, NC) SPCA, showcasing their adoptable animals while volunteers lip-synched to the ABBA song “Take a Chance on Me.” Kudos to them for using such great creativity to promote pet adoption.

As always, it awes and humbles me that so many of you keep returning day after day to read what we bring you. I’ll keep writing if you’ll keep reading!