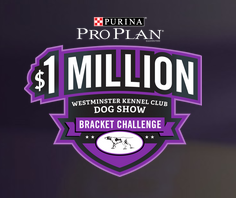 Enter here. I would enter, but my picks are ALWAYS abysmal. Regular readers know I never even come close to picking even the right breed, let alone the right dog. I hope you fare better than I would!

Until next time,
Good day, and good dog.