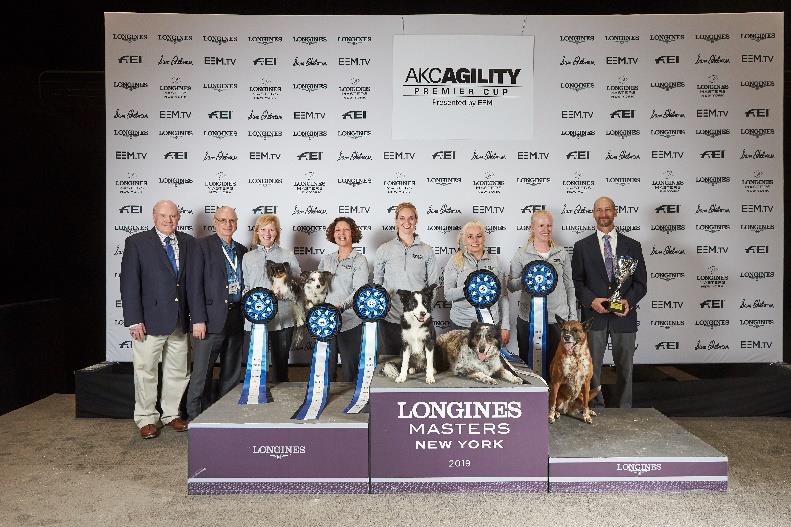 From The Dog Lady’s Mailbag: The American Kennel Club (AKC®), the world’s largest purebred dog registry and leading advocate for dogs, is pleased to announce the winners of the first ever AKC Agility Premier Cup Presented by EEM which was held in conjunction with the Longines Masters of New York at NYCB Live at the newly renovated Nassau Veterans Memorial Coliseum on April 25th.

“It was thrilling to watch some of the nation’s top dogs compete at the inaugural AKC Agility Cup Presented by EEM,” said Doug Ljungren, AKC Executive Vice President of Sports and Events. “These dogs were invited based on criteria that recognizes excellence in AKC’s Agility program and it was a pleasure to honor these incredible performances as the winners were crowned.”

This family-friendly event marked the first time AKC Agility was held at an Equestrian event, demonstrating the amazing abilities of both horses and dogs in their respective sports. The top 60 canine agility competitors and their handlers from around the country were invited to compete at the Invitational.

Congratulations to all who competed in this new event!