How to Talk to Your Dog 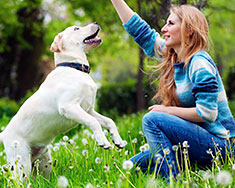 Learning to communicate with your dog will build a trusting, rewarding relationship for both of you.

Communication is the first step towards establishing a trusting relationship with your dog. This opens the path for obedience, calm walks, simple and complex tricks, and playtime. Improper communication can damage the relationship between a person and their dog. Dogs feel confused and anxious when they cannot comprehend why they're being disciplined, commanded, or shepherded around.

It can be frustrating when we don't understand our dogs, or they don't understand what we want from them. This can make teaching tricks and dealing with overexcitement and misbehaving even more challenging for people. And if the owner is frustrated, or takes their frustration out on the animal, the dog will follow suit and misbehave further in its insecurity. 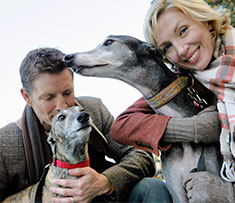 Communication with our dogs is very possible.

Dogs are highly intelligent animals, but they're not people. We can't expect them to learn our language. Instead, if we want them to understand us, we have to first understand them. Communicating with dogs paves the path to a strong partnership. 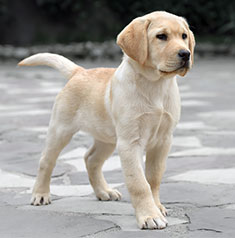 An alert dog is on the lookout for something. 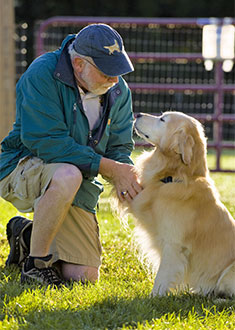 Dogs understand us by our actions, body language and voice pitch.

Dogs don't understand the art of speech. Instead, we must speak to them using body language and voice pitch. Dogs are constantly communicating with signals and physical cues. Once these cues are understood, it's possible to talk with a dog on their level.

Understanding dog behavior and communication is a tool designed to establish and reinforce positive relationships between owners and pets. Reading dog behavior and body language is the first step towards effective and rewarding teamwork. It's important that dogs behave and respond to what their owners need them to do, but the trust and friendship between partners should always take priority.

HEALTH Summer is coming on fast, so itâ€™s time to plan how you will keep your dog safe and healthy through the lazy, carefree, warm days.

DOG FUN Walking your dog is not only crucial to keeping him healthy and happy, it strengthens the bond between your canine friend and his caregiver. There are a lot of obstacles out there. Donâ€™t forget these simple tips to keep your walk fun and safe in the outside world.

HEALTH The same techniques that physiotherapists use to treat a variety of injuries and conditions in humans have been adapted to suit animals with great success. Family pets, show dogs, and working dogs can all benefit greatly from physiotherapy.Â  Dogs whose activities involve a lot of agility are especially susceptible to the types of problems that physiotherapy can address.

FIRST TIME OWNERSBringing a dog into your family is a decision where many people donâ€™t realize itâ€™s magnitude until after they have the dog. There are a number of things that you need to research before you decide to purchase a dog, and it starts right in your own home.

HEALTH Many believe that a dog and a new baby cannot happily coexist, so therefore the dog has to go.Â  This is not necessarily the case. Â A new baby does not mean you have to abandon your dog.

Your Dogâ€™s Digestive System
PHYSIOLOGYEver wonder why your dog eats so fast? Or why he eats gross things? Or why he gets sick to his stomach? Or why his waste stinks so bad? Some of these things are normal, some are not.

Top Ten Tips for Living with a Senior Dog
DOG HEALTH Bringing home a new puppy is so exciting, but it doesnâ€™t take all that long for your exuberant puppy to grow into a senior dog who may have special needs. Here are the doggies.com top ten tips for taking care of your companion who has been with you through so much.