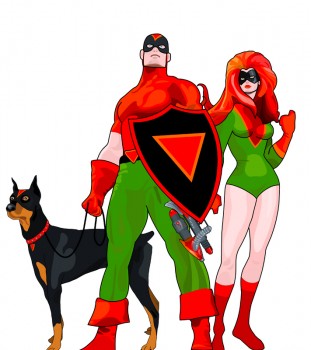 If you’re reading this, you are likely a dog lover and already know that our dogs are so much more than pets.  Below are some recent news stories that prove that some dogs are downright heroes!  Whether preventing an abduction, helping a person with seizures, or chasing away a bear, these three wonder dogs deserve our thanks!

From WMUR-TV in New Hampshire:  Two men tried to force a woman into their car at 11:30 PM Thursday in Grantham, NH.  Her dog attacked, very possibly saving her life!  The perpetrators have not yet been caught, but anyone with any information is encouraged to call the Granham Police Department at 603-863-3232.

From the Mercury News in the Silicon Valley:  Precious, a 9-year old Shih Tzu lives with Cyndi Davenport and her mother Jan in Northern California.  Cyndi suffers from cerebral palsy and is prone to seizures.  Precious, a rescue dog, is able to detect the seizures 25 minutes or so before they occur.

Precious was pregnant when she was rescued by a friend of Jan’s.  She offered Jan a puppy, but Jan said she’d just as soon have the momma.  About four days after coming to live with Cyndi and Jan, Precious started running circles around Jan, scratching at her and running to Cyndi’s room.  About 20 minutes later, Cyndi had a seizure.

Turns out several breeds have this ability:  German Shepherds, Collies, Border Collies, Labradors, and ShihTzus are all used to sense approaching seizures.  Often, the dog will back the person into a corner so they slide down the walls when they lose conscioiusness, rather than falling haphazardly where they could be injured.

From the Anchorage Daily News:  A black bear who is apparently becoming used to humans may think twice before he goes into a yard with a dog.  The bear was wandering through the small town of Galena when he came face-to-face with a Saint Bernard.  The dog chased the bear for a bit, then the bear remembered he was more powerful than most creatures, and turned to fight.

The dog put up enough of a fight that the bear ran off into the woods and hasn’t been seen since.  Not even a scratch on the dog!

Kudos to our four-legged heroes!

Do you have an heroic dog?  Send your story to [email protected], and we may even print it in a future blog!