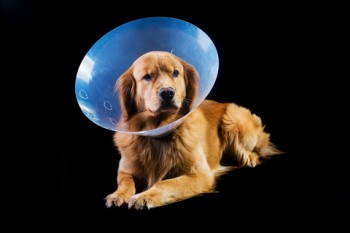 As if preventing overpopulation and euthanasia of unwanted dogs weren’t enough, the University of Georgia has just announced the results of their spay / neuter study. Good news! They have found another reason to have the procedure performed on every dog possible.

Researchers looked at the health records of over 40,000 dogs, going as far back as the 1980’s and found that dogs who are fixed live an average of 18 months longer than intact dogs. Who doesn’t want another year and a half with their favorite furry friend?

They also looked at cause of death, which presents a little bit of a sadder picture. While intact dogs tend to die from infectious disease or trauma, the sterilized dogs developed cancer or auto-immune diseases as they aged. One theory is that unsterilized dogs may tend to roam more, exposing them to infections and trauma. Also, dogs who are spayed or neutered tend to gain weight, which may be the reason for cancer development.

This study, one of the few that actually looked at cause of death, gives valuable insight into the importance of spaying and neutering. One caveat: because the study looked only at vet records, it’s likely that many dogs who died of natural causes weren’t included.

Read the whole journal article on PLOS ONE.

3 thoughts on “Yet Another Reason to Spay / Neuter Your Dog”