What do you do when you have both a toddler and a 7-week old puppy? And a blog to write? Jessica Shyba of Santa Cruz, California found a way to deal. The family had been looking for a new puppy since last Christmas when their young children asked Santa for one.

At the time, the family had lived in New York City and couldn’t have pets in their apartment, but following their move to Santa Cruz, they started haunting shelters to find the perfect puppy. One meeting with 7-week old Big Bird (as the shelter called him), and they were convinced they’d found their new family member.

They tried to crate-train the puppy, but couldn’t stand his whining. They needn’t have worried, the puppy soon synched his sleepy-times with their youngest son’s naps. The dog, renamed Theo, actually waits outside Beau’s bedroom until Jessica gets him down for a nap, then jumps up on the bed to join him!

And that made a natural entry in her blog Momma’s Gone City. What followed were some of the cutest puppy and baby pictures known to mankind. You can follow them on Instagram at #TheoandBeau, but here’s a sampling: 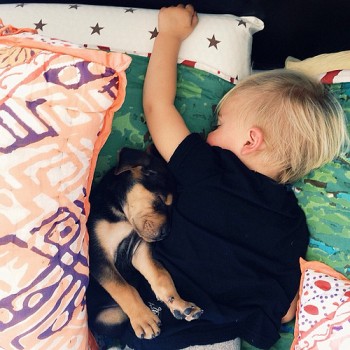 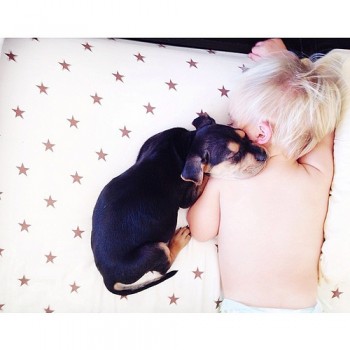 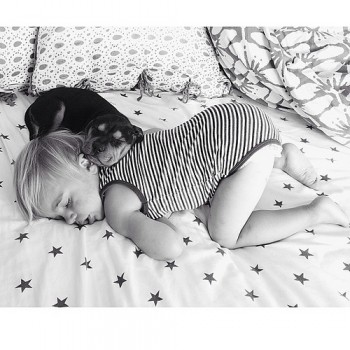 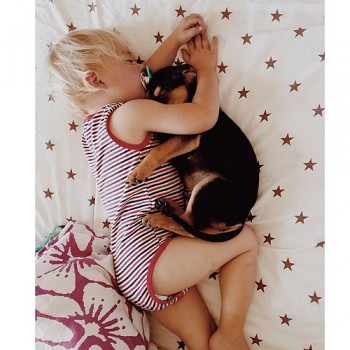 Jessica – thanks for sharing your wonderful family with us!