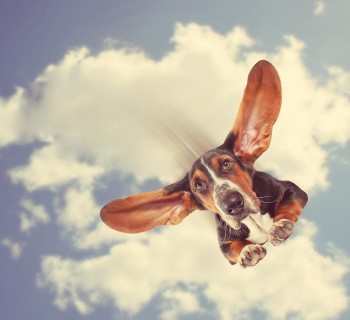 To celebrate the dogs that enrich, inspire, or in some meaningful way contribute to the lives of individuals or entire communities, the AKC Humane FundSM is seeking nominations for its AKC Humane Fund Awards for Canine Excellence (ACE). The submission deadline is July 1, 2014.

Since the creation of the awards program in 2000, 70 ACEs have been awarded to dogs of 30 different breeds from 25 states. Former ACE dogs have been honored for everything from providing support and love to the residents of Newtown, Connecticut after the Sandy Hook school shooting to hunting with and inspiring Wounded Warriors.

“The ACE is open to all dogs, recognizing a canine’s lifetime of service or a single remarkable act,” said Lisa Peterson, AKC Spokesperson. “We’re proud to honor five deserving dogs each year with an ACE in honor of the dedication dogs show their human counterparts every day.”

Each year, five loyal, hard-working dogs are commemorated for making significant contributions to an individual or their communities. One award is given in each of the following five categories:

Exemplary Companion
Eligibility: Dogs without formal training or certification who have nonetheless distinguished themselves in some way that has made a meaningful contribution to the life of his owner or community.

Therapy
Eligibility: Certified therapy dogs working in hospitals, schools, disaster sites, war zones, and wherever else the affection of a good dog can provide comfort.

Service
Eligibility: Certified service dogs who enrich the lives of physically or mentally disabled owners. Including but not limited to guide dogs for the blind, seizure-alert dogs, hearing dogs, balance dogs.

**(Note: Nominees doing service or therapy work without certification are considered in the Exemplary Companion category.)

Honorees will receive an engraved sterling-silver medallion and an all-expenses-paid trip for dog and owner to Orlando, Florida, to be honored at the AKC/Eukanuba National Championship in December. A donation of $1,000 will also be made in each recipient’s name to a pet-related charity. The names of the five recipients will be added to the ACE plaque on permanent display in the AKC Humane Fund Library at AKC headquarters in New York City.

Dogs receiving honorable mention will be awarded an engraved bronze medallion and all entrants will receive an ACE Certificate of Recognition in acknowledgement of their nomination.

Anyone, including the dog’s owner or handler, may submit a nomination form. Submissions for the AKC Humane Fund Awards for Canine Excellence for 2014 must include:
• A non-returnable, original print or digital photograph of the dog. All digital photos must be larger than 1MB in size. The photo should feature solely the nominated dog.
• A 500-word-or-less description of how the dog has demonstrated excellence.
• Dog’s call name, breed, age and sex.
• Owner’s/Nominator’s name(s), address and phone number. E-mail address if available.

Nominations will be accepted through July 1, 2014 and should be emailed to [email protected] or sent to:

Get more information about the ACE awards or download a nomination form.