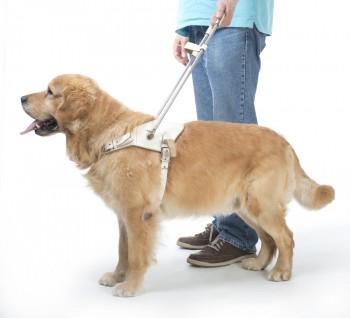 National Geographic is reporting on a recently completed study from Emory University that uses magnetic resonance imaging to see what areas of a dog’s brain are activated by various scents.

Study author Gregory Berns’ first task was to teach 12 dogs to sit still long enough to be scanned by a functional MRI machine. Then, he approached each dog with a piece of gauze holding various scents.

The resulting MRI images showed that the caudate nucleus, a portion of the brain associated with pleasure in humans, was activated the most by the gauze holding the owner’s scent. The scent of another dog living in the study dog’s home came in second.

Scents from unfamiliar dogs and people, as well as the dog’s own scent did not produce a reaction in this area of the brain.

Next up, researchers hope to look at how assistance dogs hone in on the human with whom they’re paired. Because therapy dogs are so expensive to train, this can be a vitally important area of study. It costs upwards of $10,000 to train a therapy dog and as many as 60 – 70% of the dogs who start out in a training program are unable to complete it.

Berns’ study was featured in the journal Behavioural Processes.