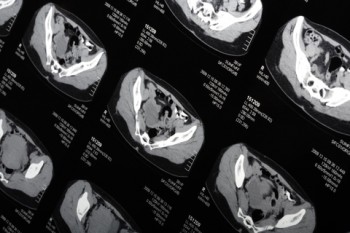 A new study reported in a recent edition of the NY Times proves what we dog lovers have known all along: dogs have feelings, too.

Gregory Berns, a professor of neuroeconomics at Emory University and the author of “How Dogs Love Us: A Neuroscientist and His Adopted Dog Decode the Canine Brain”, trained his rescued dog to climb into an MRI machine and lay absolutely still for long enough to scan her brain. When word got out what Berns was up to, many members of his local community wanted to get their dogs involved, too

Working with a dozen specially trained dogs and using a protocol modeled after that used with under-age human subjects, the researcher found that the caudate region of the brain works just about the same way in dogs as it does in people. This brain region, located between the brainstem and the cerebral cortex, is rich in dopamine receptors and is activated by enjoyment. The caudate in dogs was activated by the smell of a familiar human, by hand signals indicating food, and by the return of a loved one after a short absence.

Now that we can empirically prove that dogs experience emotion, Berns postulates that it may not be too long before the legal system recognizes dogs as something other than property.

Until next time,
Good day and good dog!