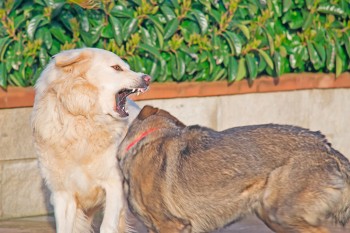 The ASPCA will be celebrating National Dog Fighting Awareness Day by hosting a Google+ Hangout with national experts to discuss the underground world of dog fighting.
The panel will be moderated by ABC News anchor Dan Harris, and the goal will be to raise awareness about dog fighting brutality, including little-known truths about the blood sport and its continuing prevalence in America.

In addition to the Google+ Hangout, we’ll be doing live social media Q&As across Facebook, Twitter and Google+ in which our experts will be answering user questions about dog fighting with hashtag #NDFAD. We will also premiere a never-before-seen short documentary with undercover footage of dog fights and the rescue activity at dog fighting raids. For more information and photos of all our activities around National Dog Fighting Awareness Day, please visit http://pitch.pe/1gUbT53.