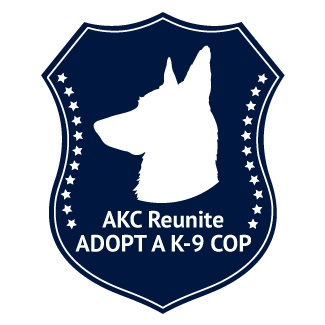 From The Dog Lady’s mailbag: AKC Reunite, the largest non-profit pet identification and recovery service provider in the United States, is pleased to announce $75,000 in donations to K-9 units at eight police departments in Minnesota through its AKC Reunite Adopt a K-9 Cop matching grant program. Funds were raised by contributions from the United States Police Canine Association and community members, with AKC Reunite matching donations at a three-to-one ratio.

Each department that received grants plans to use the funds to help finance the purchase of a new police dog, whether that is to expand an already existing K-9 Unit or begin a K-9 program from the ground up.

“We are thrilled to contribute to these eight police departments in Minnesota through our Adopt a K-9 Cop matching grant program,” Tom Sharp, AKC Reunite CEO. “These grants will help soften the financial burden of creating or expanding their K-9 units and will contribute to increased safety in these communities.”
“Our organization is delighted to take part in this incredible program to help these police departments acquire new K-9 police dogs,” said Don Slavik of the United States Police Canine Association. “Police dogs are so vital in keeping the public safe, and we are honored to help make this dream become a reality for these communities.”