The leaders have finally finished the grueling Iditarod! Bringing home the trophy was Dallas Seavey, with a total race time of 8 days, 13 hours, 4 minutes and 19 seconds.

Mitch Seavey finished 3rd, about three-and-a-half hours behind the top two. He was followed by Joar Leifseth Ulsom and Sonny Lindner.

45 mushers remained on the trail as of 3:15 this afternoon, Alaska time.

Congratulations to all who make it through this incredible trial of man and dogs vs. mother nature. 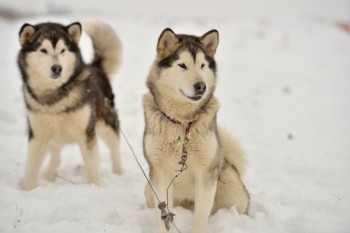 There’s been a shake-up on the leader board as Jeff King has now moved past Aliy Zirkle and into the lead.
END_OF_DOCUMENT_TOKEN_TO_BE_REPLACED 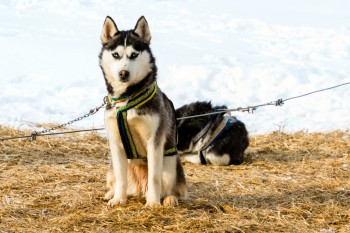 In 1st place, leaving the checkpoint at Shaktoolik at 7:12 this morning: Aliy Zirkle.

The rest of the leader board is still in Shaktoolik, with arrival times this morning as noted below:

Last year’s winner, Mitch Seavey left Unalakleet at 1:39 this morning and is headed for Shaktoolik.

Nicolas Petit, who was in the top five yesterday, has scratched. He had reported some problems with his sled way back at Nickolai on March 4th, but repaired it enough to make it to about 11 miles outside Unalakleet. According to blogger Joe Runyan, After having been pummeled on the trail, banged his knees, watched his $2000 sled trashed by an unmerciful trail, and leaped over tundra tussocks standing to his waist, Nicolas was in the mood for a focused 15 minute rant about the difficult and obstinate trail. He was quick to point out that the trail was good for DOGS, just not humans.

Petit scratched at 6:45 Saturday evening, saying that his team was fatigued and that he felt it was best that he call it a race and try again next year.

Keep up with all that is the Iditarod

The leaders in the 2014 Iditarod are about 2/3s of the way done, having made it through Kaltag.

The leader board shows Aliy Zirkle in the lead, having left Kaltag just after 3 am. She was followed by Martin Buser at 5:34, Nicolas Petit at 7:14, Sonny Lindner and Jeff King, who both left the checkpoint at 8:32. All have completed both their 8-hour and their 24-hour layovers.

Those of you who follow this annual race may remember that Zirkle finished 2nd last year, followed by King in 3rd place, Petit in 6th, and Lindner in 9th. Last year’s winner, Mitch Seavey, is currently running in 6th place, having left Kaltag about an hour after Lindner and King.

Learn more about the history of the Iditarod, and find up-to-the minute results on Iditarod.com I’ll try to update you at least once a day.