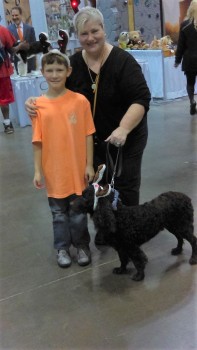 Here is Jake, pictured with friends of his family. Jake is a Boykin Spaniel, which is the state dog of South Carolina. According to his family, Jake is the most titled Boykin in history, having earned championships in conformation, rally, obedience, senior hunting, and dock diving. In his spare time, Jake works as a therapy dog. Way to represent the Boykins, Jake!

Fox Sports has now posted the winning run at the 2015 Master’s Agility Competition at Westminster from last night. I don’t want to spoil the surprise or anything, but a Border Collie won.

Sorry – couldn’t get the video to embed on here, so you’ll have to follow the link above to watch the video. This dog was pretty amazing! 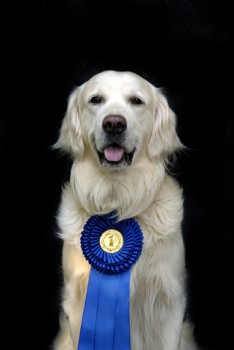