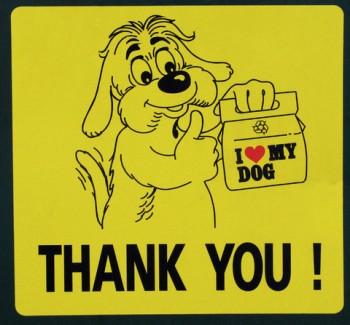 Few of us have the millions Leona Helmsley set aside to care for her dog after her death, but that doesn’t mean we can’t set aside some money to make sure our beloved family members are cared for when we are gone.  You don’t necessarily have to have money now to set up a trust.  You can specify that a certain amount of your life insurance benefit or some other source of income payable to you will be used to fund the trust at a later date.  However, making sure your wishes are carried out may not be as easy as it seems.

For example, Leona intended to leave $12 million to her dog.  The probate judge cut this to $2 million, giving the rest to relatives who had originally been disinherited.  Seems she listed her thoughts about her dog’s care in her will, rather than in a trust.  Since pets are considered property in most states, you cannot bequeath anything to them by means of a will.  In addition, a will simply distributes your money.  The executor may choose to drop off the dog or even euthanize him and keep the rest of the money.

Most states allow a person to set up a trust to take care of a pet after the person’s death.  Each state has its own rules, so you will want to review the rules where you live.  For example, in Ohio, you can only set up a trust for an animal that is alive before you die.  If you happen to die while your dog is pregnant, you cannot fund the care of the puppies because they were not yet alive when you died.  Other states put limits on the number of years the trust can pay out, so if you are looking for care for a horse or other long-lived animal in addition to your dog, you have to be careful about that.

Attorneys who have set up pet trusts suggest that you appoint a friend or family member to take care of your pet after you’re gone.  If possible, name two people, in case one of them backs out.  If your state doesn’t have a good, enforceable pet trust law, choose friends who live out of state, as the trust will be bound by the laws where they live, not where you live.  Make sure these appointed guardians are willing to accept the responsibility.  In Helmsley’s case, part of the problem was that the person to whom she entrusted the care of her dog was not interested in the job.

Make sure you spell out how you want your dog treated, such as daily walks, certain foods, and / or the amount of time to be spent with human companionship.  Make sure to specify what should happen both to the dog, and to the remaining money in the trust, when the dog follows you to the great beyond.