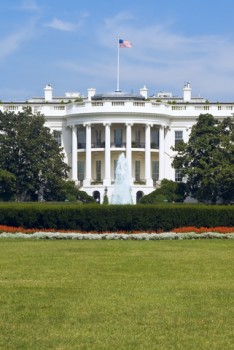 From MSNBC blogger Helen A. S. Popkin:  More on the Obama’s dog choice

The e-mails started around 8:30 a.m. Nov. 5, the morning after Barack Obama’s presidential election, or more importantly, his victory speech. I’m just surprised my inbox didn’t start filling up the night before, say 4 minutes, 35 seconds into Obama’s speech when he broached what, for a whole lot of cyber dwellers, is the most important implication of his historic win.

No, not the economy. Not peace in the Middle East. Not gay marriage. Not that-other-really-important-thing-I’d-know-about-if-I kept-up-on-current events. More than any other aspect of this new leadership, American Netizens are positively apoplectic over the future First Puppy.

“You’ve earned the new puppy that’s coming with us to the White House,” President-elect Obama publicly announced to his daughters Malia, 10 and Sasha, 7.

It was as if millions of animal rescue advocates suddenly cried out and were silenced — silenced because they were busy e-mailing, texting, blogging and Twittering their insistence that the portending presidential pooch must be a rescue. Any alternative canine acquisition would be cause for pre-impeachment.

Yes, the voting majority who gathered on the Internet and opted for “Change” this election rubbed the pessimistic crust from their eyes and said “the heck with economic and international doom and gloom! What we really care about are … puppies!”

2 thoughts on “The Importance of a Presidential Puppy”