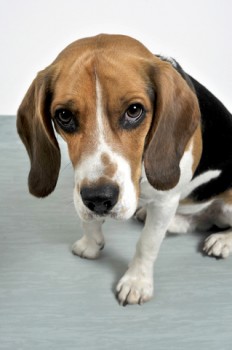 Yesterday, we looked at the herding group (and gave the general caveats for this very unscientific list).  Today, the hounds!

As you know if you’re a regular reader, I love hounds, so this one was tough.  I thought they all should win!

1 – GCH CH Torquay Midnight Confession – A Beagle (over 13 inches) ranked 2nd in the Hound Group at the end of 2010.  “Lola” is the top winning female 15″ Beagle in AKC history, having won 25 All-Breed Best in Show awards.

2 – GCH CH Quiet Creek’s Kiss and Tell – A Bloodhound ranked 12th in the Hound Group at the end of 2010.  Her official call name is “Kiss”, but co-breeder and co-owner Heather Whitcomb calls her “Smooch”.

3 – GCH CH Devlon”s Fame and Fortune – An American Foxhound ranked 22nd in the Hound Group at the end of 2010.  “Junior” won Best of Breed at Westminster last year and has taken four Best in Show awards.

4 – GCH CH Pupukea Ridge Ikaika O Sprng Valley – All the way from Hawaii, this Rhodesian Ridgeback ranked 19th in the Hound Group at the end of 2010.  “Ikaika” took her first Best in Show when she was just 19 months old, and was America’s number one Rhodesian Ridgeback in 2007.

This dog will beat out 55 other Rhodesians to get to the Best in Group ring.  No other breed had as many entries in this year’s show.  (The Golden Retriever was second with 46 dogs entered.)

Come back tomorrow for a look at the Non-Sporting Group.

One thought on “My picks for Westminster 2011: The Hound Group”