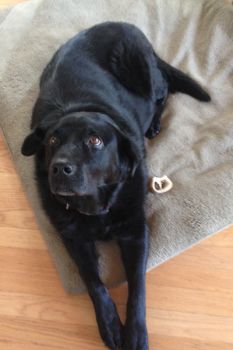 Well, it’s been a long time coming, but dogs in Massachusetts are now eligible to be protected from domestic abuse just like people have been for ages. Last September, Governor Deval Patrick signed an animal protection bill that provided a safety net for dogs caught up in the web of domestic violence.

According to Animal Control officer Deni Michele Goldman, “This new law allows a judge to award the possession of an animal to the victim and to prohibit the accused from abusing, threatening or taking the pet,”

Even though domestic violence shelters often don’t allow dogs to stay at the shelter with the victim, foster families or relatives may now keep the dog without worrying about the batterer trying to get the dog back, until reunification between the victim and the dog is possible.

Batterers often use threats against family pets as a means of coercing their victims to stay in a relationship. As many as 70% of domestic abuse victims report threats against their animals by the batterer.

This law is definitely a step in the right direction.

One thought on “Massachusetts Dogs a Little Safer Now”