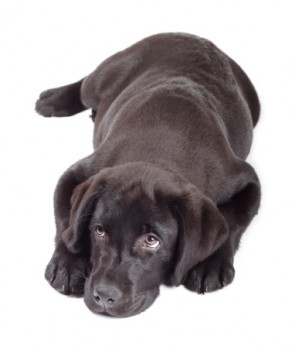 Today we welcome guest blogger Griff Haeger to doggies.com. Griff is a writer and lifelong dog lover who enjoys writing about various pet grooming products and the benefits of natural dog food. When he isn’t spending time with his canine companions he is jogging or fixing an air conditioner at work.

Training a new pup can be tough, especially if it’s an entirely new breed to you. I’ve had a canine companion in the house literally my whole life, and if there is one thing I have found about training new pups, it’s that they learn better with an example to follow.

I remember when I was young and our Husky, Frisko, died. I was heartbroken. When my dad brought home a new black lab a few months later I was ecstatic at first. But then I realized that this dog is not used to the natural way of things around the house. At 9 years old I truly learned for the first time how much effort it takes to properly train dogs when they are pups. I remember thinking most of the time that if Frisko were here we could show Diesel (our new lab) what we expect him to do. Even though I wished this mostly out of longing for my old pet (and a bit of laziness) I realized later on that I was wasn’t wrong about having a mentor around to show a pup the ropes of life around the house. Ever since then, when getting a new pup me and the family have made it a point to adopt and train a new puppy while the elder dog is still healthy but seasoned enough to where they are a shining example to the next generation. Here are some of the most useful tips I have picked for training a new pup using the elder as an example:

Simple Commands
A new pup will always have a ton of energy, but dogs are easiest to condition and teach when they are exhausted. This is why it is important to get a new pup while the older dog is still pretty healthy, so that it can be young enough to keep up, but still seasoned enough to understand your commands.
• Make the elder dog sit and/or lie down before serving it food. Do this in front of puppy.
• Do not let the pup sneak food from the elder dog’s bowl as that can have worse consequences if they are newly introduced.
• Do not serve the pup until it does as its elder does and obeys you.

House Training
This is where we are most thankful for the elder dog’s mentorship. After a good meal a pup will more than likely be ready to play again more quickly than the elder and will want to go outside and be rowdy. The older dog is more likely to relax up until the point where it has to go outside to do its business. I found that if the only playmate is ready to go outside, regardless of the purpose, pups tend to follow. Consequently they get into the habit of relieving themselves the same time as their mentors. Be prepared though because there will be times when the pup does not follow suit and goes in the house. The keys are:
• Put the pup outside when the elder decides it is time to go.
• Try to wait until both have pooped and/or urinated.
• If the pup does its business inside the house or starts to, usher it outside immediately make sure they know it is not ok by putting it outside alone.

Recreation
Pups love to play, and the competition in fetch is enough in itself to get the pup to chase the ball and learn to return it to you.

As far as walks go:
• Keep a tight leash on the pup and make sure it knows that it is to go at your pace.
• Having a trained dog that knows this seems to improve learning time significantly.
• Try your best to keep the dogs parallel in stride.
• Allow the pup to sniff and socialize with other dogs but do not let them jump on people. Hold firm with the leash on these actions and they will soon learn to follow suit as their elder does.

These are just some of the things I picked up throughout my experiences with training a new pup. I can’t pretend to be a Cesar Milan-like dog whisperer but I do know that training a new pup seems to be less taxing on me when the pup has a trained mentor to relate to. The biggest key of all is consistency. For a few years you may even be able to enjoy the company of multiple domesticated canine friends before the pup becomes the mentor.