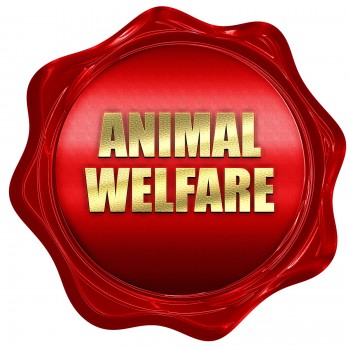 The Animal Legal Defense Fund, the nation’s preeminent legal advocacy organization for animals, released the 12th annual year-end report (2017) ranking the animal protection laws of all 50 states. For the 10th year in a row, Illinois is in first place—followed by Oregon (2), California (3), Maine (4), and Rhode Island (5). Kentucky holds firmly to last place for the 11th consecutive year. It trails Iowa (49), Wyoming (48), Utah (47), and North Dakota (46) as the state with the weakest animal protection laws.

The patchwork of state and local laws is animals’ primary protection. The strength of these laws varies widely, making the Rankings Report a vital resource for anyone interested in helping animals. The Rankings are based on a comprehensive review of each jurisdiction’s animal protection laws including over 4,000 pages of statutes. This is the longest-running and most authoritative report of its kind, and tracks which states are taking animal protection seriously.

Pennsylvania is the most-improved state this year, jumping 20 places up to number 24. This achievement is thanks to major improvements like a new felony provision for first-time offenders of aggravated animal cruelty (including torture), and granting civil immunity to veterinarians who report suspected animal abuse.

The 2017 Rankings Report also highlights a trend in laws aiming to end the tragedy of animals dying in hot cars. Public awareness campaigns have helped improve the situation, but legislation is also a key component. This year’s Rankings Report is promising, showing more states granting civil immunity for removing animals from hot vehicles. Immunity laws ensure that people who rescue animals from vehicles in emergency situations are not then faced with lawsuits from owners. Arizona, California, Colorado, Indiana, Massachusetts, Nevada, and Oregon all enacted these “reckless endangerment” provisions this year. In all, more than 25 states now have some type of “hot cars” law on the books.

More than half of all states significantly improved their animal protection laws in the last five years. Improvements come in many forms including stiffer penalties for offenders, stronger standards of care for animals, animal cruelty reporting by veterinarians, mental health evaluations and counseling for offenders, banning animal ownership following cruelty convictions and including animals in domestic violence protective orders.

The full report, including details about each state, is available at for download (PDF). The Animal Legal Defense Fund’s complete “Animal Protection Laws of the U.S.A. and Canada” compendium, on which the report is based, is available.