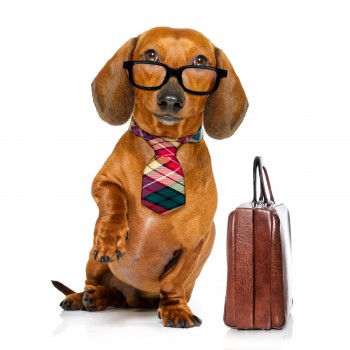 The lawsuit is filed on behalf of a putative nationwide class of consumers victimized by Petland’s predatory business practices of charging premium prices for puppies Petland has “guaranteed” to be healthy—as certified by Petland’s veterinarians—when Petland knows full well it is selling puppies prone to illnesses and other defects, including “puppy-mill” sourced puppies.

A puppy mill is a large-scale commercial dog-breeding facility. Puppy mills produce the largest number of puppies as quickly as possible, without consideration of the care of the animals. Breeding practices and the crowded, unsanitary conditions in which puppies born in mills live during the first weeks of their lives put the dogs at risk of numerous genetic and hereditary conditions and deadly diseases. Additionally, many puppy mill dogs experience behavioral and psychological problems throughout their lives from lack of early socialization and being weaned too young.

The lawsuit also contends that Petland further inflates the animals’ price with phony services that exist only to line the company’s pockets, not benefit consumers or their dogs.

The lawsuit alleges that the plaintiff and the nationwide class were bilked into paying premium prices for puppies but did not receive the benefit of the bargain. Petland’s fraud harmed all class members, regardless of whether they were sold a sick or healthy pet, because they were paying for a “certified” healthy puppy. The complaint alleges the certification was a sham—it would be by pure chance if a customer got a healthy puppy, which is not what consumers thought they were paying for—at a premium price. Petland has profited handsomely from its fraudulent scheme.

The lawsuit comes at a critical time for the puppy mill and pet store industry and its many victims. In Georgia this spring, consumers and animal advocates narrowly defeated a bill in the state legislature dubbed the “Petland bill,” a sweetheart deal which would have capped damages for consumers harmed by Georgia pet stores and precluded cities and counties in the state from adopting stricter standards or banning the retail sale of pets altogether, as scores of cities and counties around the country have done over the last few years. Similar pet store centric bills masquerading as consumer protection legislation are popping up nationwide, the industry’s desperate attempt to stem the growing tide of opposition to its puppy-mill-dependent supply chain.

“Petland’s scheme has left a trail of defrauded consumers and deceased or sick puppies, with expensive medical bills, in its wake,” says Animal Legal Defense Fund Executive Director Stephen Wells. “Puppy mills put the bottom line ahead of the health and wellbeing of the animals, while Petland profits at the expense of its consumers and the sick puppies it peddles to them.”

The Animal Legal Defense Fund is litigating the case in collaboration with Georgia attorney Tamara Feliciano and attorneys from Andersen Sleater Sianni LLC.

About the Animal Legal Defense Fund

The Animal Legal Defense Fund was founded in 1979 to protect the lives and advance the interests of animals through the legal system. To accomplish this mission, the Animal Legal Defense Fund files high-impact lawsuits to protect animals from harm; provides free legal assistance and training to prosecutors to assure that animal abusers are punished for their crimes; supports tough animal protection legislation and fights harmful legislation; and provides resources and opportunities to law students and professionals to advance the emerging field of animal law. For more information, please visit aldf.org.