Each year, the AKC Humane Fund honors five dedicated, hardworking dogs for making significant contributions to an individual or entire community. Since its creation in 2000, 105 ACE awards have been presented. Former ACE recipients have included a Flat-Coated Retriever that excels at dock diving despite missing a paw and a family pet who fought for his life protecting a seven-year-old from a rattlesnake, among dozens of other remarkable dogs.

“There are countless dogs that touch the hearts of people every day,” said Doug Ljungren, President of the AKC Humane Fund. “These incredible canines impact the lives of individuals and communities across the nation and so many deserve to be recognized with these awards. We are proud to honor five of these canine heroes each year with an ACE Award in recognition of their contributions.” END_OF_DOCUMENT_TOKEN_TO_BE_REPLACED

Super dogs to the rescue!

A new contest to share with all of you farmers out there. Hurry! Nominations close August 20th!

The American Farm Bureau Federation seeks nominations for the 2021 Farm Dog of the Year contest. Micheal Clements shares how the contest recognizes farmers and ranchers’ companions while providing the public a look at agriculture.

Clements: The Farm Bureau Farm Dog of the Year contest by the American Farm Bureau Federation and Purina promotes the important role of dogs in agriculture. Terri Moore, AFBF Vice President of Communications, says this is the third year of the contest.

Moore: It’s really a fun way to highlight the important role of dogs on farms and ranches. The idea is to celebrate farm dogs that work alongside the farmers and ranchers. And the criteria are they should be helpful, playful, obedient and good companions. The grand-prize winner gets $5,000 and a years’ supply of dog food. And then, we’ll have up to four regional runners-up who each get $1,000.

Moore: So, we take the top ten contestants in the Farm Dog competition and we profile them on our social media channels and give anyone and everyone the chance to vote. And the winner gets bragging rights, which are important, and 50 bucks. The interesting thing is, last year we had more than 100,000 votes. What a great way to connect the general public to the role of dogs on farms.

Clements: Partnering with Purina, the contest connects agriculture with consumers.

Moore: Less than two percent of the population now has a direct connection to agriculture. And we’ve never had higher interest in the food supply and where food comes from thanks to COVID. And for those who love animals, they come upon this, they see both how farmers and ranchers love their pets, but get to learn a little bit about agriculture in the process.

Farmers: Now’s the time to showcase your dog!

From our good friends at Pedigree: Stevie Wonderful was blind and lost when he was found. But with care and love, he has become a beacon of hope. Today he has a loving family and is a canine greeter bringing joy at Cleveland Clinic. His enduring spirit is why we chose him as PEDIGREE Foundation’s 2020 Rescue Dog of the Year.

Stevie was found trying to cross a six-lane highway, dragging four feet of rusty chain that was wrapped around his neck. He had a flea infestation, ear mites, mange, heartworm disease and suffered from malnutrition. He was also blind, likely from past head trauma. END_OF_DOCUMENT_TOKEN_TO_BE_REPLACED

Check out the newest employee at Redbud Hardware in Buchanan, Michigan. So cute! 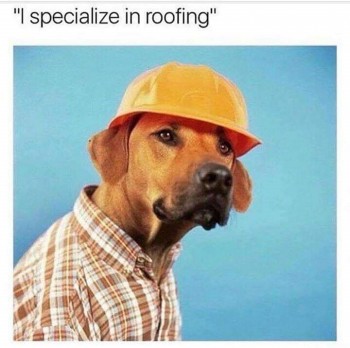 Here’s hoping you don’t need any roof repairs this weekend! 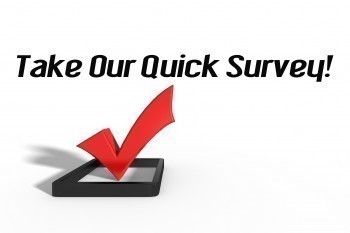 I posted last week about a franchised company called Geese Police, Inc. I’m curious what you think of using dogs in this way.

You know Beagles are the world’s best dog, as far as I’m concerned, and this is just one more reason why!