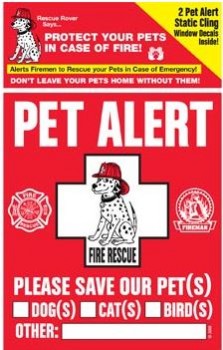 October 7 – 13 is Fire Prevention Week. Do you have an escape plan for your family? Does it include your dog? Experts say you should be able to identify two routes of escape from each room in your home, and you should practice your plan monthly, particularly if you have children. If you’re counting on rope ladders to get out of your second story bedrooms, consider how you will get your dog out. END_OF_DOCUMENT_TOKEN_TO_BE_REPLACED

This weekend marks the 10th anniversary of Hurricane Katrina, during which 2,000 people lost their lives. Many people who stayed behind when the evacuation orders were given did so because they couldn’t take their pets into the shelters with them.

Officials estimate that, in addition to the human toll, 600,000 pets either died or were left homeless by the super storm. In honor of the 10-year anniversary, the ASPCA invites you to sign their pledge, promising that you’ll plan for your pet’s safety.

You can also download an app that will help you make your plan. 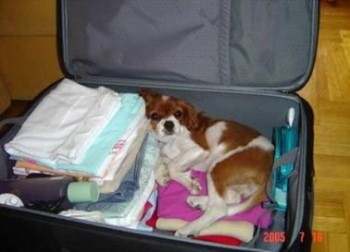 October is Pet Safety & Wellness Month, so all month long, our top ten lists will be devoted to keeping your dog safe.  Here’s this week’s list, focusing on evacuations due to fire, flood, hurricane, or other natural disaster: