From The Dog Lady’s mailbag: Which dog is the fastest in the country? The AKC Fast CAT Invitational will answer that question, as the speediest canines gather for this inaugural, invitation-only event. Dogs of all breeds participate year-long, around the country, in AKC Fast Coursing Ability Tests (Fast CAT) – the 100-yard dash for dogs.

Held in conjunction with the AKC National Championship Presented by Royal Canin, the fastest dogs from each breed, based on rankings from AKC Fast CAT Tests, have been invited to participate in Orlando, FL for the designation of Fastest Dog USA or Speed of the Breeds Champion. All dogs will run three times, with the cumulative speed determining the fastest dogs. The third and final round will be held on Friday, December 11th. Dogs will compete in two final divisions: Fastest Dogs USA and the Speed of the Breed Championship. Fastest Dogs USA will be the outright fastest dog according to miles per hour. Speed of the Breed will be determined by the percentage of speed run over the average speed for that breed. END_OF_DOCUMENT_TOKEN_TO_BE_REPLACED 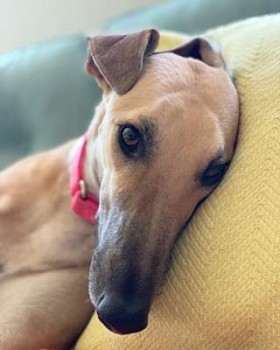 Florida voted to ban greyhound racing, so in about a year there will be around 8,000 greys coming off the tracks and 7,000 racers-in-training that all need to find new homes. Ugh.

If you’re thinking about getting a dog, please consider adopting one of these sweet & goofy creatures. The adoption agencies aren’t going to be able to handle the massive influx, so now is the time to get one 💔 END_OF_DOCUMENT_TOKEN_TO_BE_REPLACED