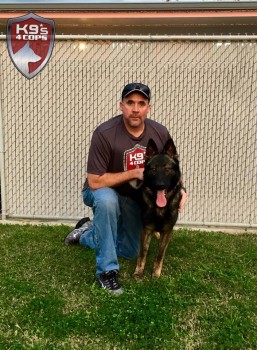 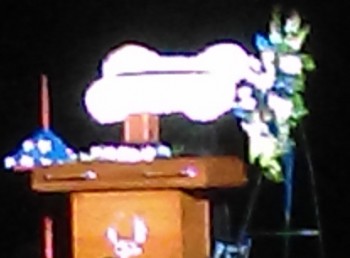 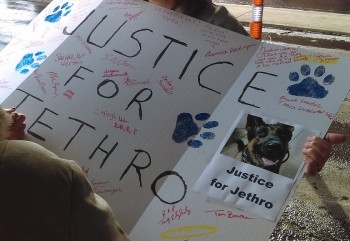 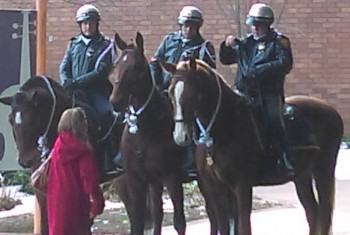 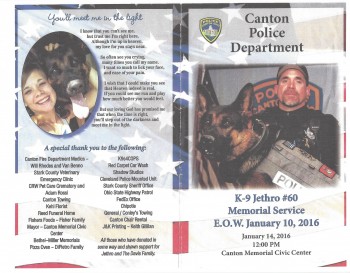 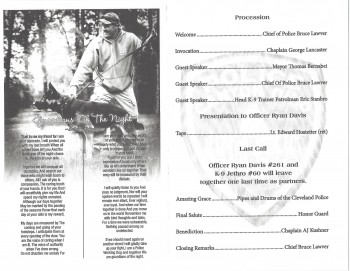 I attended Jethro’s funeral this morning and will be working throughout the afternoon to clean up the photos and videos I took so I can post them. For now, here is the program from the VERY moving service.

The world seems just a little less bright today. We lost one of the good guys.

I just returned from the ER vet, where everyone is still pretty shell-shocked. When I saw Jethro last night, his breathing was very labored. It was apparent he was fighting as hard as he could. By this morning, he was so tired, he could no longer fight. He fell asleep and stopped breathing. Our prayers go out to Officer Ryan Davis and his family, as well as to the whole Canton PD and Police K-9 Association.

Ryan is in awe of the support he and Jethro have received. The waiting room at the vet is full of officers and their families, all who have come to show their support to the Davis family.

Even though we have surpassed our original goal, we will continue to take memorial donations on GoFundMe. I will be meeting with Canton PD and the Police K-9 Association soon to decide on the most effective way to use your more than generous donations. I’ll keep you posted both here, and on Go Fund Me.

Rest in peace, Jethro. You did a good job. Others will stand the watch from here.