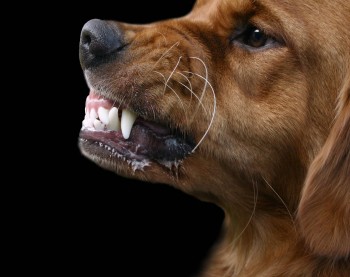 You’ve heard the old joke, “Does your dog bite?”  and the answer is, of course, “Does he have teeth?”  The truth is that any dog, given the proper set of circumstances, can and will bite.

The American Veterinary Medical Association (AMVA), the Humane Society of the United States (HSUS) and the American Academy of Pediatrics (AAP) report that small children, the elderly, and Postal Service carriers, in that order are the most frequent victims of dog bites.

May 18 – 24 is National Dog Bite Prevention Week, and the United States Postal Service wants you to know the following.

Dog owners across America are being asked to show their letter carriers some love by making sure their pets are in separate rooms with closed doors before accepting mail from a carrier at their front doors.   That’s one of our key messages as the Postal Service launches National Dog Bite Prevention Week, May 18-24.

Last year, more than 3,000 city and rural carriers were attacked by dogs across the United States — including 103 city and rural carriers from the Houston metro area alone. Fortunately, this number is 63 fewer carriers victimized by dog attacks than the previous year, thanks to our aggressive community outreach efforts with the American Veterinary Medical Association, American Academy of Pediatrics, Prevent the Bite and other organizations nationwide, including the National Association of Letter Carriers. That’s still too many dog bites.

“Dogs are protective and they may perceive letter carriers handing mail to their owners as a threat,” said USPS Vice President and Consumer Advocate Delores J. Killette. “For the same reason, we also ask parents to make sure their children don’t collect mail from our carriers in the presence of their pets.  Employee safety is always our number-one concern.”

The USPS is offering these tips for avoiding dog bites.
—  Don’t run past a dog. The dog’s natural instinct is to chase  and catch prey.
—  If a dog threatens you, don’t scream. Avoid eye contact. Try to remain motionless until the dog leaves, then back away slowly until the dog is out of sight.
—  Don’t approach a strange dog, especially one that’s tethered or confined.
—  While letter carriers are prohibited from petting animals, people who choose to pet dogs should always let a dog see and sniff them before petting the animal.
—  If you believe a dog is about to attack you, try to place something between you and the dog, such as a purse, a backpack or a bicycle.
How to Be a Responsible Dog Owner
—  Obedience training can teach dogs proper behavior and help owners control their dogs.
—  When a carrier comes to your home, keep your dog inside, away from the door in another room.
—  Don’t let your child take mail from the carrier in the presence of your dog. Your dog’s instinct is to protect the family.
—  Spay or neuter your dog. Neutered dogs are less likely to bite.   Statistics from the Humane Society show that dogs that have not been spayed or neutered are up to three times more likely to bite.
—  Dogs that receive little attention or handling, or are left tied up for long periods of time frequently turn into biters.

4 thoughts on “Will your dog bite the mailman?”