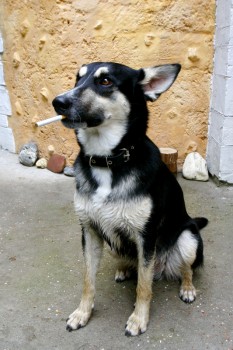 The Atlanta Journal-Constitution says that production company Richochet Television is now casting for really bad dogs to feature on their new show.  The dogs won’t be paid, but they will be featured, with their guardians on a show similar to “Supernanny”.

An animal pyschologist from Great Britain will come to the dog’s home, diagnose the problem behaviors of both the dog and its parents, perform an intervention, then come back after a few days to see how things are going.

To add to the tension on the show, producers are looking for families that have their own problems, in addition to having problems with the dog.  An example would be a couple who has fights over how to deal with the dog.

No word yet on whether or not marriage counseling is included in the deal.

And on the flip side, CBS will premiere its new series, The Greatest American Dog on July 10th.