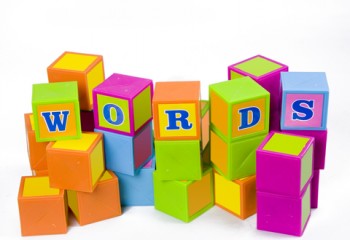 Have you ever wondered why so many expressions, particularly so many negative expressions, are related to dogs?  There are easily 10 times more expressions about dogs than about any other animal.  Linguistic experts say the negative expressions reflect the fact that dogs used to be used for hard work:  hunting, herding, exterminating, and the like.  It is hard to imagine this, given the culture today of treating dogs as pampered pets and members of the family.  With that introduction, here is a list of the top ten dog-related expressions and their origins.

10.  “A dog’s life”  A person is said to be living a dog’s life if he is made to do heavy labor.  This expression in particular reflects the attitude of early dog owners that their dogs were simply beasts of burden.

9.  “Hot dog”  This term was coined around 1890, when cartoonist T. A. Dorgan defined it as a sausage on a split roll.  It echoes a 19th century suspicion that sausages contained dog meat.  (This was sometimes true, sometimes not.)

8.  “Hang dog”  This expression began being used in the late 17th-century.  It has come to mean a person who is down in the dumps, but originally had a more literal meaning.  A person who was described as hang-dog was a despicable person, fit only to either hang a dog or to be hanged like one.

7.  “Putting on the dog” or dressing up, came into…um…fashion as a reference to the stiff collars men wore when they were dressed up in the 1890’s.  The collars were seen as resembling dog collars, so men were said to be putting on the dog when they dressed for a night out on the town.

6.  “Dog Leg”  A type of staircase built in homes shortly after 1700, containing sharp turns.  The term now denotes anything that is crooked or bent, such as a corrupt politician.  (Sorry, it’s inauguration day – you knew I’d have to have a dig at politicians in here somewhere!)

5.  “Dog days of summer”  This expression arose in the 16th century and is related to Sirius, the dog-star.  The helical rising of Sirius coincided with the summer solstice.

4.  “Hair of the dog”  In medieval times, people actually believed that the bite of a rabid dog could be cured with a potion made from the hair of the same dog.  This notion evolved into an expression about hangover cures.

3.  “Raining cats and dogs”  This one was interesting.  In the 17th and 18th centuries in England, torrential downpours would overcome most homes’ gutter systems.  As the overflow poured down, it was not unlikely to have included dead cats and dogs who had become lodged in the gutters.  Remember, animals were not pampered pets at that point and would likely have been disposed of after death in a way less dignified than we would do today.

2.  “Every dog has his day”  In 405 B.C., Dutch scholar Erasmus was mauled and killed by a pack of dogs a rival sicced on him.  This expression was developed to mean that even lowly people will get revenge on their oppressors, even if the oppressors are far more powerful.

1.  “Dog-eat-dog world”  Have you ever seen two dogs fighting over a bone?    In times gone by, dogs were kept in outdoor kennels and fed only whatever scraps that were left over from the family’s meals.  They worked hard and died young.  Under these conditions, survival often meant fighting to the death, and no doubt, cannibalism of the loser.

On that happy thought,