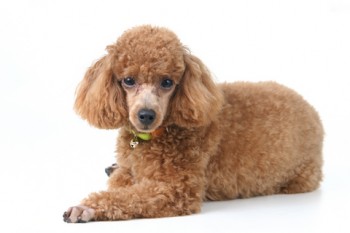 Ya’ know how sometimes when you’re driving, you end up someplace and wonder how you got there?  Or you drive past the daycare and have to go back to drop off your kid because you forgot she was in the backseat?  How about this story from South Burlington, VT?

The Associated Press is reporting that a 50-year old traveller drove his van to the airport for a trip, supposedly not knowing his poodle was with him.  (Have you ever had a dog not try to worm his way into your lap on a trip?  Hard to believe you wouldn’t know your dog was with you!)

Anyways, THREE weeks later, someone reports to the police that there is a foul odor coming from the van.  For nineteen days, that poor dog sat in the van waiting for his guardian, with no food or water.  He lost half of his body weight.  BUT, he survived!

The man was given a ticket for animal cruelty, and had to pay vet bills for the poodle.  He also had to agree to surrender the dog to authorities.

My person opinion is that he should be locked in an unheated van for 19 days during a Vermont winter without food and water, but then I suppose the legal system feels that would be cruel and inhumane…

3 thoughts on “Dog Left in Van”