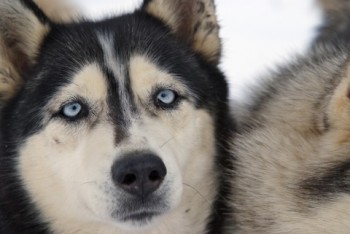 For the first time in as long as anyone can remember, the 2010 Iditarod ended without any dogs dying during the event.

With 55 teams and more than 1,000 dogs, most experts think it is inevitable that at least one dog will succumb during the grueling race.  However, the last musher crossed the finish line last Saturday (March 20th) and the record was secured.

Stuart Nelson, the race’s chief veterinarian, says only one dog died in 1994 and again in 1996, but this was the first year he could remember with no deaths.  “To stand there and watch that last team come in, I’ll tell you, is the highlight of my veterinarian career.”  Last year, nine dogs died, well over the yearly average of two to three.

This year’s cold temperatures actually helped the dogs.  “Typically our greatest concern is dogs that might overheat,” Dr. Nelson said. “So when you have a colder race you can take that factor, typically, out of the equation.”

As many as forty veterinarians were posted along the trail this year, checking the dogs for problems with their feet and hearts, as well as checking for excessive weight loss.  Dogs may eat as much as 15,000 calories each day during the race, offsetting weight loss from the cold and from the workout they are given by pulling the sleds.

Mushers are required to take one 24-hour rest period during the race, as well as an 8-hour rest along the Yukon River and another 8-hour rest at one of the final checkpoints.  Race experts say that adding more checkpoints and rest stops would cause the teams to work harder while they are running in order to accomplish the required rests.  They say running the entire race at a slow, steady pace is much better for the dogs.

Anyone else thinks this sounds like the Tortoise and the Hare?

Congratulations to this year’s Iditarod planning team, the veterinarians, the mushers, and most of all, the dogs, who made this year’s race such a success.