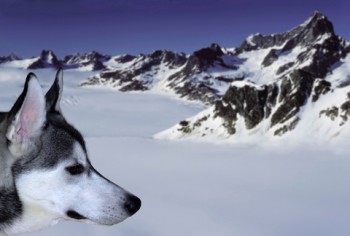 With brutally cold temperatures (36 below in McGrath), we’ve seen some major changes in the top ten mushers since yesterday.

In other news, Linwood Fiedler has scratched at the McGrath checkpoint with only 11 dogs left on his team.

Musher Justin Savidis pulled into McGrath Wednesday and reported that one of his dogs, 3-year old Whitey, was lost.  While searchers looked for the dog, Savidis is taking his 24-hour mandatory rest in McGrath.  Race rules require that the same dogs that left the previous check point arrive at the next check point, so unless Whitey is found and soon, McGrath will have to scratch.  The dog has been sighted several times, but has not yet been caught.

As we reviewed last year, a dog has died nearly every year during the Iditarod.  Here’s hoping Whitey isn’t this year’s casualty.