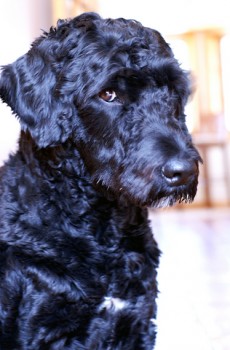 Dateline:  Washington, DC. After passing the first major health care bill since 1965, Obama has now set his sites on veterinary care as the next big reform that is needed.

“After adopting Bo last year, Michelle and I became concerned about the cost of taking care of our four-legged friends,” the President said.

“Not everyone is as fortunate as we are.  So many people struggle to pay the bills for their basic necessities, let alone take care of their pets as well,” Mrs. Obama added.

After consulting Bo, the family’s Portuguese Water Dog, President Obama has sent to Capitol Hill a bill that would provide universal health care to all family pets via a public option, single-payer system.    The 1,267-page bill is said to do for pets what Congress couldn’t get done for humans.

Strong opposition is expected from Republicans – Rush Limbaugh has already gone on record saying, “This country doesn’t have enough problems already?  Now this man, who by the way, is not even a native citizen as required by the Constitution, wants to stir up legislation to give our pets health care?  Who’s going to pay for this?  I’m moving to Costa Rica!”

House Minority Whip Eric Cantor, who owns farm animals, but no indoor pets, has questioned a bill that covers only housepets, but excludes those in the barnyard.  “Piecemeal coverage is just one of the reasons I will be opposing this bill,” he said in a prepared statement.

The bill will be considered in the House Ways and Means committee before going to a floor vote, sometime before next April Fool’s Day.