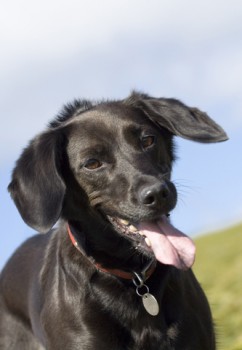 First the bad news:  KansasCity.com  is reporting that 103 small-breed dogs were being held in a filthy shelter in Cortland, Nebraska.  Owner Mary Stickney said she had taken the dogs from puppy mills in an effort to save them.  When someone adopted a dog from Stickney’s Toy Breed and Retirement, she reported the filthy conditions at the shelter to Gage County officials.

Rick Schreiner, Chief Deputy County Attorney, said many of the dogs had health issues after emerging from the shelter where “the ammonia levels were high so you could hardly breathe.”  The dogs are now being placed in three separate shelters, and Ms. Stickney has been cited for animal neglect.

Now the good news:  The Examiner reports today that Proposition B in Missouri has passed.  This new law targets puppy mills, requiring breeders to have no more than 50 breeding dogs at one time, and to have all of his or her dogs vet-checked at least once each year.  In addition, dogs must be permitted to go indoors and outdoors at will, and be kept in enclosures of at least 12 square feet.  Dog pens must have cement flooring and must be cleaned at least once every day.  Owners are required to feed the dogs every day (imagine that!) and to breed no dog more than twice every eighteen months.

I haven’t read the statute, so I don’t know who will be charged with enforcing it, but those who are caught violating the new law will be punished by 15 days in jail or a $300 fine.  I’m hoping the punishment is for each dog they are caught treating inhumanely, not just one fine for the whole mill.

Missouri has been known as the Puppy Mill Capital of the United States, and this law is expected to force breeders to move to other states when it is enacted next year.  It is hoped similar laws will be passed in other states soon.   Contact your legislators to see if this issue has come to light in your state yet.