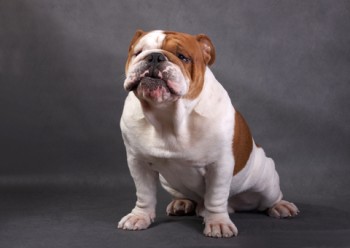 While I was having my nails done Saturday, I was talking to one of the other ladies in the salon, and she told me the cutest story about her dogs. I just had to share.

She has had an English Bulldog and a Beagle for awhile, and just brought home a terrier mix. It seems she has an escape point in her back yard that the two smaller dogs quite frequently take advantage of.

She said that if the Beagle escapes, her Bulldog will bark and bark, apparently telling on him. However, when the Terrier escapes, the Bulldog just comes up to the back door and quietly waits to be let in.

Sounds like maybe the Bulldog isn’t too fond of his new housemate!

One thought on “Not enough love for all the dogs”