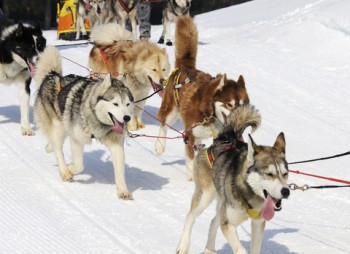 I can’t believe I missed the start of the Iditarod. I love watching those beautiful sled dogs work.

Belatedly, here are the top five mushers at this time:

Ally Zirkle followed him into White Mountain about 13 minutes later.

Ray Redington Jr was out of Elum just after midnight.

I’ll try to keep you better informed as the race draws to a conclusion.