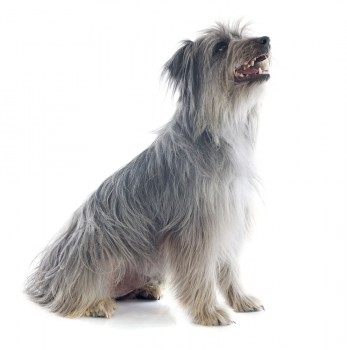 Ace / Cocker: Went to jump 10 before jump 9 and missed a weave pole, then almost refused a jump, but went right to the cameraman for his close-up at the end! Too cute! This dog did get a little bit of a break on jump heights due to being in a preferred class (what we would normally call a senior citizen if we weren’t so politically correct).

Jamie/ Beagle: Running a little slower – maybe as a result of all the treats he got before his run. Had a couple of refusals, but did manage jump 9 correctly. And made his handler look just a little silly at the end when the handler expected the dog to jump up for a kiss and Auggie just ignored him!

Chloe / Poodle: apparently she is known for running off course, we’ll see how she does. She went a little out of order at the beginning and looked to me like she missed a contact area, but she didn’t live up to her reputation of running off.

Only four dogs so far in the whole championship round have made it through without a fault, primarily on jump # 9. This course is set up more like an international course where this jump in particular is approached from the back side. Dogs who compete internationally, like the mini Schnauzer who won earlier, will have an easier time.

Dante / Sheltie: Great job on the teeter totter, but missed out on jump 9.

Cute commercial from Dog TV about how your dog gets bored at home alone. They keep repeating “been there, done that” as the dog walks around the house looking at all the messes he’s made and the things he’s done to pass the time.

Rosie / English Springer Spaniel: Running really fast and even made it through jump 9, but didn’t quite think the dog walk looked like a good idea at first. She went behind her handler instead of up the ramp.

Dash / Pyrenean Shepherd: Not a breed I’m familiar with, but what a runner! Excellent job coming off the A-frame / very tight turns and fast time. New leader!

Mearle / Border Collie: This breed is absolutely awesome at this sport. In fact, in England they run in a spearate class because none of the other breeds can beat them. Mearle is having a great run, but going a little wide on the turns. Wow! Just missed Dash’s time, but had a clean run and is in 2nd place.

Spice / Border Collie: Awwww…jumped off the teeter totter and missed a jump. She really picked up at the end, though!