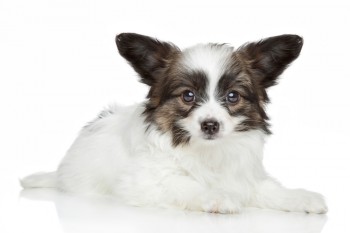 The small dogs (8″ at the shoulder) were first up, with a Havanese named Rowdy and a Maltese named Bitzy starting out. Not perfect runs, but they are awful cute to watch!

The Cairn Terrier Kasey went a little more slowly than the others, but had a clean run in terms of approaching and completing every obstacle in the correct order.

The Papillon was really fast, but approached one of the jumps and one of the tunnels from the wrong side.

The Westie had a little trouble deciding which side of the obstacles to approach, but her handler stopped her from making her mistakes except for one obstacle. A little slow through the weave poles. She did have one refusal on a jump.

At the halfway point, Kasey, the Cairn Terrier is in the lead.

The second half of the 8″ class is up, starting with a beautiful miniature Poodle named Tommy. What a great hairdo! The handler had a little bit of confusion on one obstacle, but other than that, a very clean run. Tommy is now in the lead.

Here comes the Delilah the Yorkie! Very fast run, but skipped an obstacle and had to go back for it.

Chinese Crested “Scout” in all her hairless wonder, chose the wrong side of one of the jumps but had a pretty good run.

EZ, another Papillon, this one saved by the handler, who he almost tripped up, trying to find the correct side of the jump. Really fast time, and EZ takes the lead.

The third Papillon competitor, Sparkle, hesitated a little on the teeter totter, but her handler finally figured out how to conquer the jump that is confusing all of the dogs. Great run, but she wasn’t fast enough to catch EZ.

And EZ is the winner! Congratulations to handler John York and EZ!