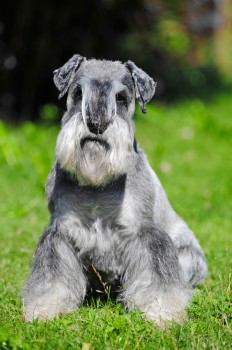 Boudah / Brussels Griffon: refused the teeter totter and almost missed that problem jump right before the weave poles. Not his best run.

Dallas / Papillon: a little bigger than his compatriots in the lower class. Missed a contact and went through a tunnel backwards.

Announcers Greg Louganis and Georgie Thompson discussing the problems all of the dogs are having with jump # 9. The dog is coming off of an A-frame and has several choices of obstacle, so the handler has to lead them first to the correct one, then get them to the far side of it to jump.

Summer / Cav King Charles: Had a little trouble finding the obstacles in the correct order. Not a great run.

Tweek / American Eskimo: Handler is giving very clear commands, and the dog was doing very well until jump 9. Other than that, an awesome run!

Izzie / Rat Terrier: One of the new breeds admitted to the AKC this year. Taking it a little slow, but no faults and is now in the lead. The only one of the first set with no faults.

Snafu / Poodle: Doesn’t quite have the same ‘do as the previous Poodle, but is doing the course at warp speed. Missed jump # 9, but otherwise did very well.

Sadie / Mutt (or as they’re calling it, the “All American Breed” – first one tonight): She’s got my vote just on the basis of being a non-snooty purebred. (Did I say that out loud?) Took a wrong turn, going to jump # 10 before jump # 9. Too bad. Great run, other than that.

My Vizsla, Cooper, just now noticed what was on. I may have a partially obstructed view now.

Tag / Sheltie: Good control on the first few turns, then started going wide. Made it over jump # 9 but got confused later and lost focus.

Radiance / Sheltie: Really got her attention going into jump 9. Excellent run until she got to that tunnel, where she went through in the wrong direction.

And that leaves Jonsey as the winner.