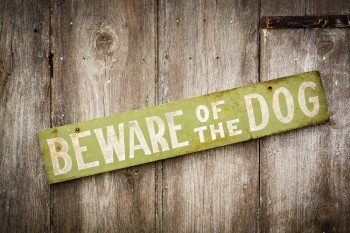 Sad news to report today. If you’ve been anywhere on the web lately (including here), you may have seen the security video footage of a cat who chased away a dog when the canine attacked the cat’s toddler.

The Today Show is now reporting that the owner of the 8-month old Labrador-Chow Chow mix voluntarily surrendered the dog for euthanasia soon after the incident. The toddler’s family has stated they will not sue the neighbor. Scrappy was quarantined for the required 10 days, and animal rights activists lobbied for his life to be spared, but the owner, who has chosen to remain anonymous, requested that he be euthanized.

Bakersfield Animal Care Center executive director Julie Johnson says the center has received hate mail from people upset that the dog was put down, but notes that they had no choice, since the owner requested euthanasia.

I have mixed feelings about this. As a mom, I was horrified when I saw the dog attacking and the damage he did. As a homeowner, I would not want the liability of having a dog who attacked someone. As a human being, I would feel just awful if my dog injured someone’s toddler.

However, as a dog lover, I wonder if the dog should have been given a second chance with another owner. Perhaps someone who lived out in the country away from small children. Given the dog’s very young age, I have to believe rehabilitation efforts could have been successful.

There’s no indication that the dog’s owner did anything wrong, or that she trained the dog to be aggressive. However, she clearly did not have control of the animal and failed to keep her dog on her own property at the time of the attack. I don’t know what her previous experience with dogs have been, and I’d like to assume the best, that she simply didn’t know how to train or socialize the dog.

There’s also no indication of any past relationship (good or bad) between the child and the dog. We’ll never know what caused the dog to go after the child. It could have been simply that a young, laughing, fast-moving child is often misinterpreted by a dog as prey.

A very sad situation for all involved.

One thought on “Update on Dog Chased Away by Hero Cat”