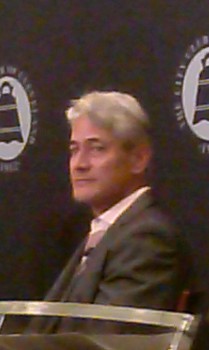 I was recently privileged to attend a luncheon where the keynote speaker was Greg Louganis. You may remember him as a four-time Olympic gold medal winner. Or you may just remember him as the diver who hit his head on the springboard during the 1988 Olympic prelims. But did you know he is also a dog person?

While most of the people at the luncheon asked questions of Greg concerning his politics (he is an LGBT activist) and athletics, I chose to give him a softball question about his dogs. He was visibly relieved!

He started out in the dog world breeding and showing Harlequin Great Danes and has won a Westminster Kennel Club Award of Merit with his Pembroke Welsh Corgi. When Westminster wanted to add an agility contest to the big show, Fox Sports reached out to Greg to get involved.

He has run his beloved Nipper, a Jack Russell Terrier who recently crossed the rainbow bridge at the ripe old age of 16, and Dobby, Nipper’s son. (Why yes, Dobby is named after the character in the Harry Potter movies.) His Border Collie Gryff (short for Gryffindor) is also a competitor.

Recently married, Greg’s main theme for his speech was that “It is a birthright to love and be loved.” Truer words were never spoken. He came across as very warm, even stopping to sign my copy of his 1995 autobiography, Breaking the Surface, on his way out of the room.

Louganis has also co-written a book on dog care called For the Life of Your Dog, and is currently promoting a documentary of his life story called Back on Board, which has played to critical acclaim at several film festivals throughout the US.

Hey Greg – If you’re reading this – how about some pictures of the dogs?????

One thought on “Olympic Diver Greg Louganis and His Dogs”