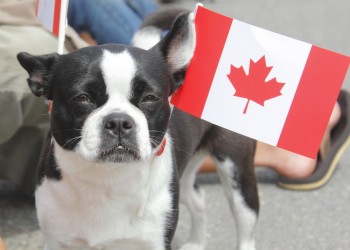 Since 1999, the United States has had a law on the books called the Federal Law Enforcement Animal Protection Act, which specifies a minimum fine of $1,000 and a maximum of 10 years in prison for anyone who is convicted of purposefully harming a K-9 Law Enforcement Officer. Canada now has its own law protecting their K-9s.

The new law, named Quanto’s Law in honor of a police dog killed in the line of duty in 2014. The Canadian law specifies a maximum sentence of five years in prison for killing or injuring a K-9 officer.

In the US, many states have harsher laws than the federal one. For example, a Pittsburgh man who stabbed a police dog was recently sentenced to more than 15 years for the stabbing, as well as for his other crimes.

The story, featured on Woofipedia, didn’t specify whether or not Canadian provinces would be passing their own laws similar to the individual state laws here in the US.

Good on you, Canada, for making a strong start in protecting your K-9 officers.