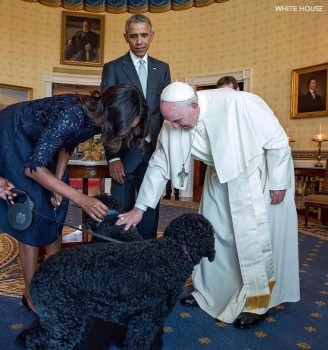 I’m so glad they introduced the Pope to the most important members of the family.

In other news, did you hear this quote from him? (I’m not sure when he said it, but it is being attributed to the Pope.)

“We have only one heart, and the same wretchedness which leads us to mistreat an animal will not be long in showing itself in our relationships with other people. Every act of cruelty towards any creature is contrary to human dignity.”

I’m not Catholic, but I think I like this guy!