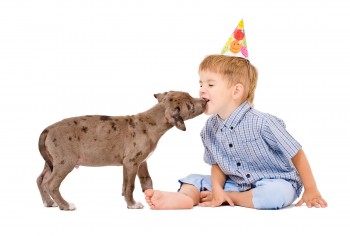 At last report, a judge in Montreal had issued a 2-day stay on the enforcement of the city’s new breed-specific legislation. Now, he has extended that stay until the ASPCA’s challenge has made its way through the courts.

If you’ve been following along, you know the city leaders in Montreal voted to ban any new “pit bull-type” dogs from Montreal and to place severe restrictions on those dogs who are already living there.

Opponents of the law quickly pointed out that very often, specific breeds are blamed and labeled dangerous when it is simply the fault of some owners who train the dogs to be aggressive. The ASPCA has challenged the law, and it will take some time before a court rules one way or the other.

In the meantime, existing owners need not worry about complying with the elements of the new law dealing with grandfathered dogs, shelters need not put down these types of dogs as unadoptable (or scramble to find them homes outside the city), and those who wish to adopt a pit bull or similar breed are free to do so.

Hopefully, the court system will do the right thing and refrain from blaming dogs for human problems.