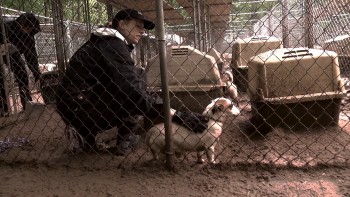 The new ASPCA documentary, Second Chance Dogs, was recently released on Netflix. The film follows the stories of six extremely fearful dogs rescued from cruelty and taken to the ASPCA’s Behavioral Rehabilitation Center, showcasing their heartwarming journey to finding a loving home.

Launched in 2013, the Behavioral Rehabilitation Center is the first and only facility dedicated to rehabilitating dogs suffering from severe fear due to puppy mills, hoarding, and other cruelty.

Check out the film’s website, the trailer, and the film itself on Netflix.