Detroit is known for many good things, but 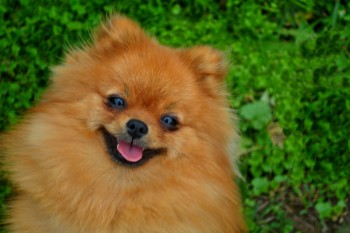 now, unfortunately, their airport is known as the place where Alejandro the Pomeranian died on a layover from Arizona to New Jersey.

The 8-year old family pet was flying cargo aboard a Delta plane as his family was moving from the Phoenix area to New York. After the flight landed in Detroit, the dog was checked on at 6 am, and was alive. A subsequent check between 8 and 8:30 am found him dead in his crate.

Delta’s statement: We know pets are an important member of the family and we are focused on the well-being of all animals we transport. Delta is conducting a thorough review of the situation and have been working directly with Alejandro’s family to support them however we can. As part of that review, we want to find out more about why this may have occurred to ensure it doesn’t happen again and we have offered to have Alejandro evaluated by a veterinarian to learn more.

Several airlines have changed their policies related to pets flying in cargo holds. United and American now allow cargo pets only from October through April. Delta, operating under the same rules it has had in place for quite some time, sets restrictions based on temperature, plane type, and other factors.

Each airline has its own rules as to who can fly in the cabin. Before you buy tickets to go somewhere with your dog, check out the policies to find the airline that best suits your needs.

Our sympathies to Alejandro’s family.